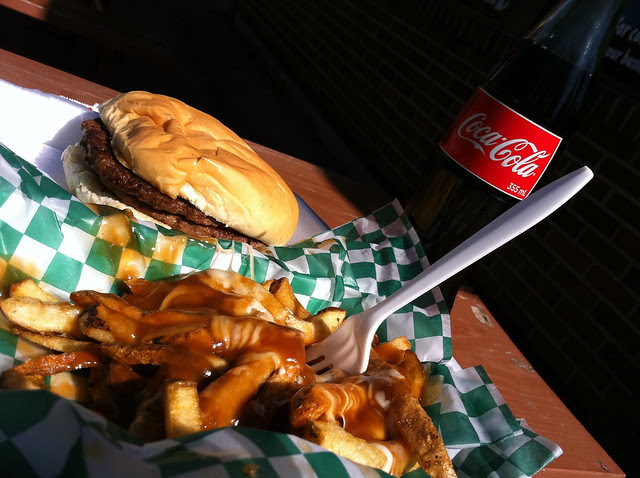 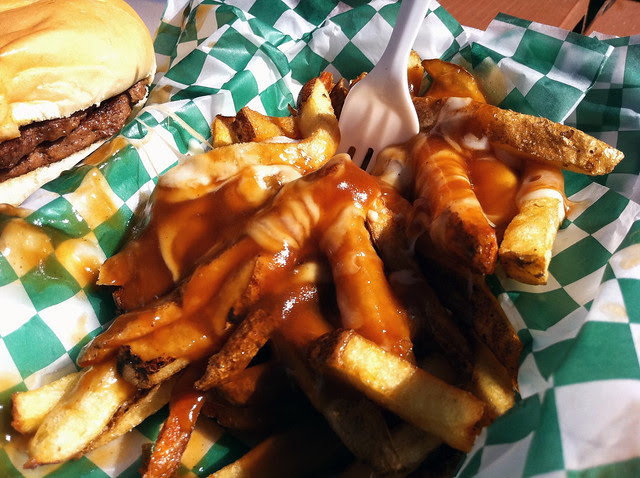 It's been nearly two months since I did my last poutine review, so I thought it was due time for a new review. This week's review is Tastee's Ice Cream & Grill in Brandon, MB.

Tastee's has a nice 60s theme diner, with checkerboardish floor tiles, lots of variations of ice cream goodies, and of course, hot hot food. I went there with my girlfriend for my birthday last year, but that was way too long ago, so it was time go to back.

I ordered the double hamburger (plain, of course), a small poutine and a glass bottle Coke. Anywhere that sells glass bottle Cokes in 355mL bottles automatically gets brownie points from me!

I ate fairly slowly, which is not something I usually do as I love to scarf down the food as quick as possible. The poutine appearance - nice steaming hot fresh cut fries (with skin on, of course), covered in a decent amount of gravy (hot gravy too), and ....shredded mozzarella cheese. I have nothing against shredded cheese, but I prefer shredded cheese on my pizza, not on my poutine! Unfortunately the amount of cheese that there was on the poutine was minimal at best, as you can see on the photos.

I generally dislike prairie poutines as the shredded cheese takes away the heavenly texture and the squeak-squeak fun. The reasoning why local folks seem to love poutine with shredded cheese - it makes it gooey. Frankly, I dislike strings of cheese that won't end hitting my face repeatedly, causing some gravy & cheese stains to appear. If one eats a poutine with curds, curds do get fairly melted if you let it sit for a few minutes - but that leads to soggy fries.

Aside from the shredded cheese, I did enjoy the prairie poutine. Actually, I wouldn't even dare call it a poutine. I'll call it fries with gravy, with 10 grams of shredded cheese. The fries weren't swimming in gravy, which is good as I don't like an ocean of sauce accompanying my meal. The fries are good, fresh, nice crunch on the outside, soft texture on the inside.


I do hope one day they get curds, but I'll dream.

As for their burger, it was a good home style burger, hot and juicy, but it was just missing something to it. The bun didn't seem very appealing (regular plain hamburger bun, sans sesame seeds), but they use hamburger buns made by the bakery next door, so it WAS actually a pretty good hamburger bun.

My search for la meilleure poutine in Manitoba will continue on. Next stop? I have no clue, maybe somewhere in Winnipeg if I have time. 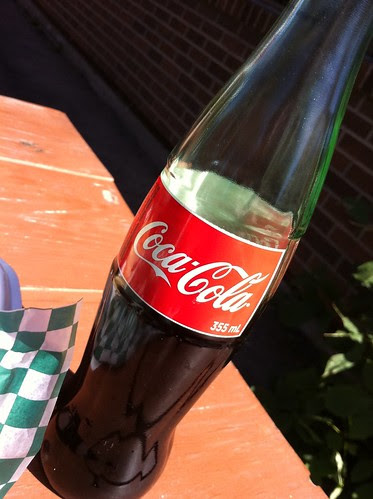